Summary
Computer method is one of the ventilation network design methods in underground excavations. Computer method has been designed based on mathematical approximate methods. Methods such as Newton-Raphson method, Hardy Cross method and its modified versions, critical path, linear analysis, non-linear programming and optimization techniques are considered as some mathematical approximate methods. Newton-Raphson method is one of the methods of solving nonlinear equations in numerical calculations. This method is designed based on the definition of derivative and its correction. Using Newton-Raphson method for the analysis of ventilation networks in underground excavations has been common. However, so far, perfect investigation of this method has not been carried out. The purpose of this paper is to investigate Newton-Raphson method and its improvement in the analysis of ventilation networks in underground excavations. The analysis indicates that this method in some models is unable to find the final true answer because instead of convergence, it diverges. Thus, the improvement of this method seems to be necessary.

Methodology and Approaches
One of the methods for solving nonlinear equations in numerical calculations is Newton-Raphson method. This method is designed based on the definition of derivative and its correction. In this method, the error amount of the initial guess is calculated for purpose function, and then, the initial guess is corrected. In this method, based on the equation  and injunction rules, supposition flow quantity for any of branches.is supposed. Based on the ventilation network fans and mathematical approximate equations, the error of any ring in the ventilation network is calculated, and then, supposition flow quantity is corrected. Based on the mathematical equations, correction operations of air flow quantity are repeated until the calculation accuracy becomes equal to or smaller than the calculation error. 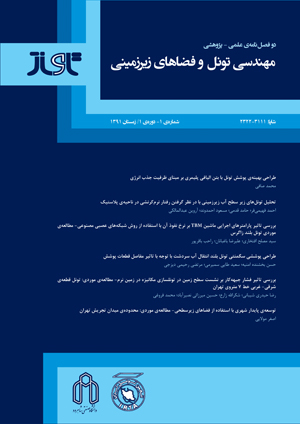